In a previous post on a collection of plays, published separately but bound together I mentioned that other kinds of relatively small pamphlets -- like sermons -- were often bound together in the same way. In fact, sermons and plays share many features in their printed forms: they are records of a performance (or at least relate to a performance event, however you want to define "record" in this instance); they were often considered as equivalent literary or stylistic texts; and of course they are materially similar -- usually slim pamphlets in quarto that could conveniently be bound together. So in this post I want to show you just such a collection -- as it is cataloged (record here), a "miscellaneous collection of sermons." But this collection of sermons is not as straightforwardly religious  as you might expect, since the binding includes a surprise of sorts. 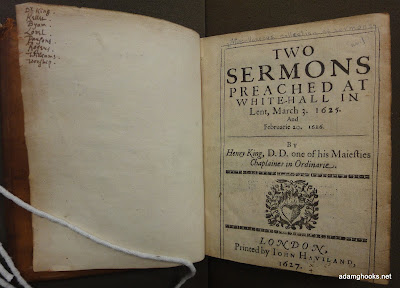 As you can see in the upper left corner (or in the larger image just below) an early owner has written in a table of contents, listing the authors (i.e. preachers) of the sermons that follow: 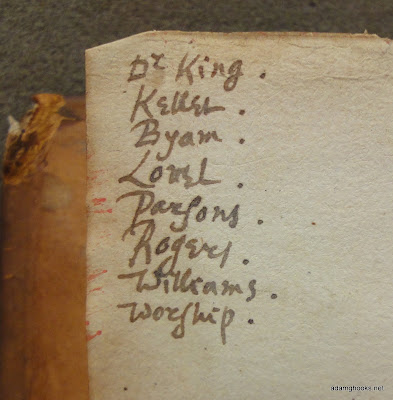 There are only eight names listed, but there are more than eight sermons in this collection. Following are the title-pages of all the sermons in this collection, which range in date from 1618-1628. Notice that a few of the separate pamphlets actually include multiple sermons -- including the very first one, Henry King's Two Sermons Preached at Whitehall, and Edward Kellet's two sermons on the Returne from Argier -- both of which have additional title-pages within the individual volumes: 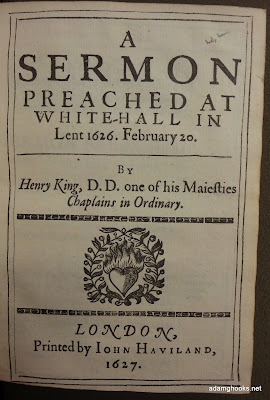 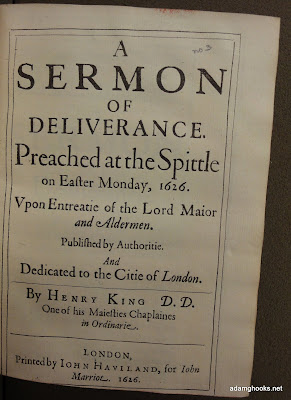 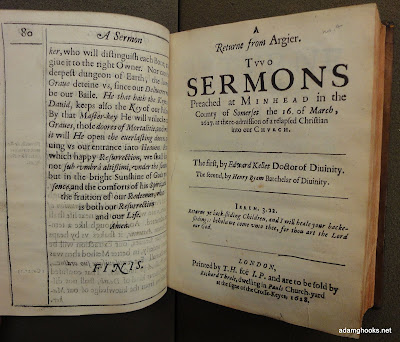 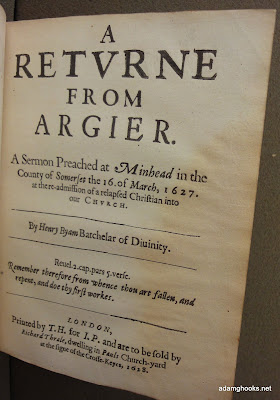 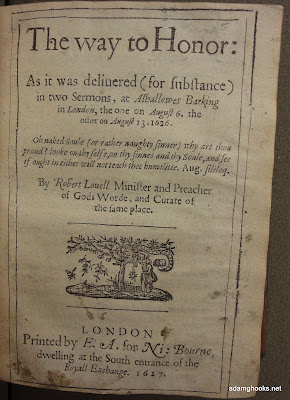 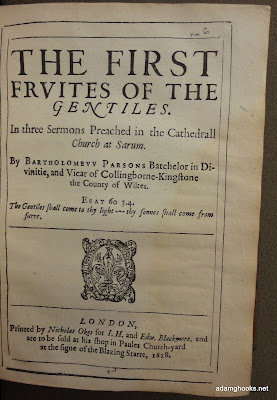 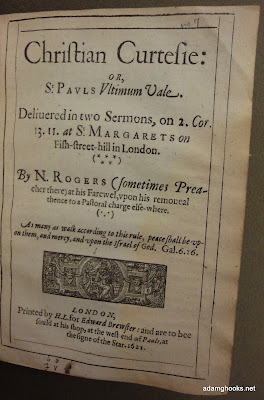 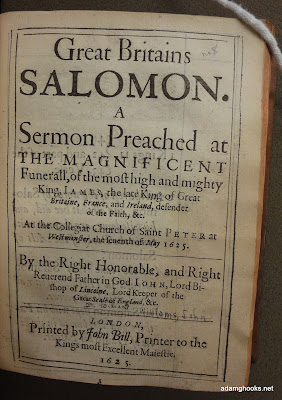 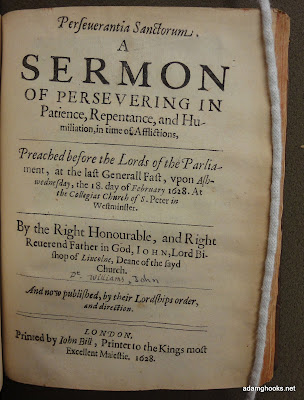 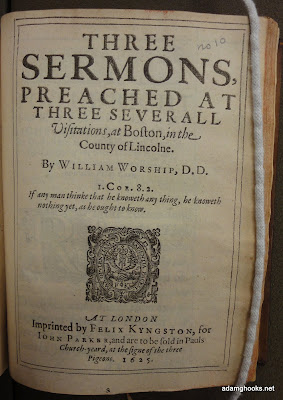 I'm not an expert on any of these early modern preachers, so I won't draw any conclusions about why these particular sermons may have been bound together. Sometimes it can be easy to see the connections, but other times collections like this are more a matter of convenience than ideology or interpretation, the owner simply amassing enough sermons to make it worth his while to make a trip to the binder.

Who put this collection together? As usual, it's difficult to know. There is a bookplate on the front board of the binding, as well as a signature (neither of which looks terribly contemporary to the actual sermons): 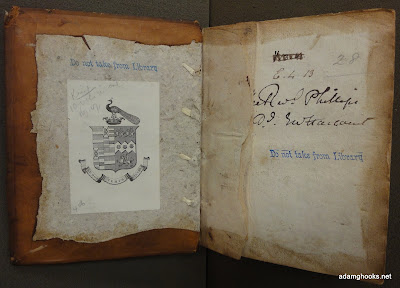 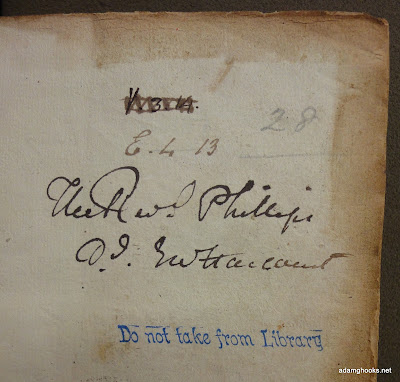 The bookplate appears to have belonged to the Harcourt family, but beyond that I don't have any information. In the image just above, there are a few other marks of ownership, including two shelfmarks (one of which is scratched out) and a signature -- along with an old stamp from the Iowa library, instructing readers where to keep this collection (i.e., in the library).

In the top image, you can see a strip of paper obscuring the signature, which brings me to the most interesting thing about this collection. It's a bit of binder's waste, and inside the back cover it remains visible: 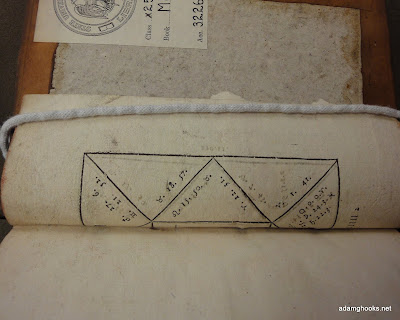 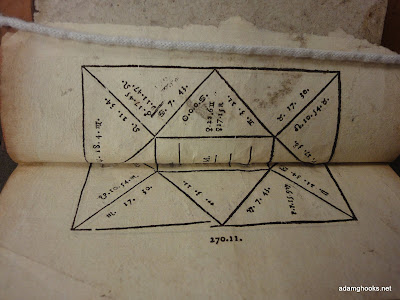 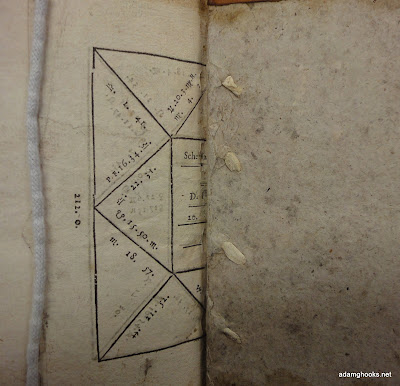 This looks to be a kind of early modern astrological table, a way of determining one's horoscope. Why would it occur here? Well, it's possible that this was merely a piece of waste paper lying around the binder's shop; but it is striking, especially in a collection of sermons. An astrological table would seem to be the antithesis of these high status sermons (some of which were preached at court) -- but the distinctions among the various branches of what we would call religion, science, and fantastical belief were far less rigorous at the time, as this little material juxtaposition so conveniently shows.
Posted by Unknown
Newer Post Older Post Home